Of Bricks and Boxes

So, I haven’t posted in a bit, but I have been SO busy.  First off – I had the chance to take another class! I almost never get to take classes (I think the last time was several years ago), so this was very exciting.

Wanda Pitzele recently moved to my town and has started teaching classes at Beaded Bliss. She’s offering a series of brick stitch classes that lead you from the fundamentals into reading charted brick stitch patterns and all sorts of fancy stuff. I’d done some brick stitch before (mostly edging on embroidery pieces), but I wasn’t super confident with my increases and decreases, so a refresher course for the fundamentals was exactly what I needed. Look what I’ve made so far! 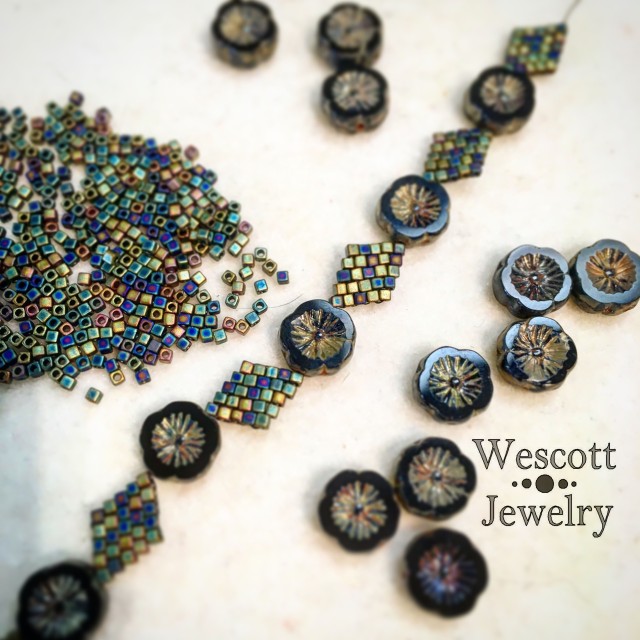 I used 1.8mm Miyuki cubes in three colors (401FR, 2008, and 2035) and made a bead soup out of them for the diamond units. The accent beads are Czech Hawaiian Flower beads in Jet Picasso. It’s not quite done yet, but I’ll have more photos when the necklace is finished.

Wanda was a fantastic instructor and I feel so inspired to try some new things after working with her. If you’re in the Cincinnati area, I believe she is offering this beginners class again in March, followed by a more complicated series on reading brick stitch charts. If you’re interested, definitely call Beaded Bliss to sign up – she’s a great teacher!

Besides that, I had an extra special project to work on – my first beaded box! 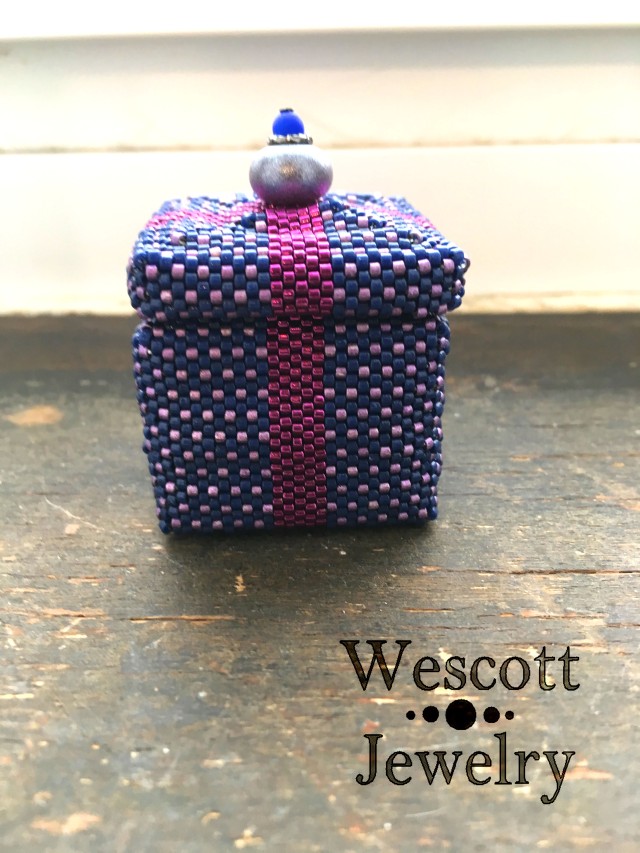 I’ve made a beaded teapot before, but this was my first beaded box! My little sister’s 20th birthday was earlier this month and, since she doesn’t wear much jewelry, I thought this would be the perfect present! 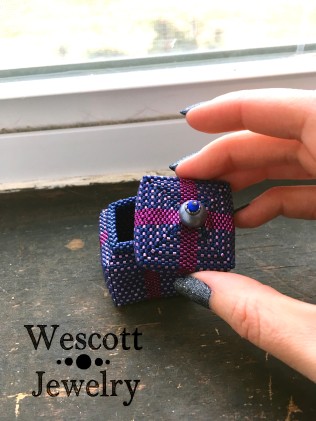 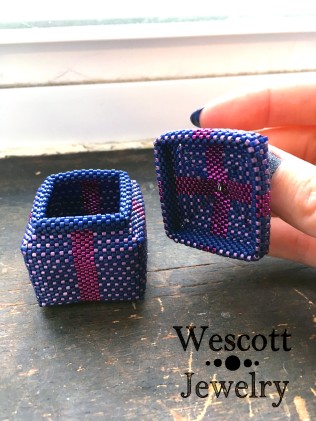 You can get the pattern here. It’s actually supposed to have a beaded bow on the top, but I ran out of time to make it before my sister’s birthday party. So instead I beaded a little topper to act as the handle. 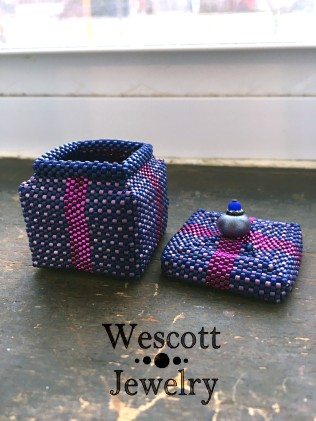 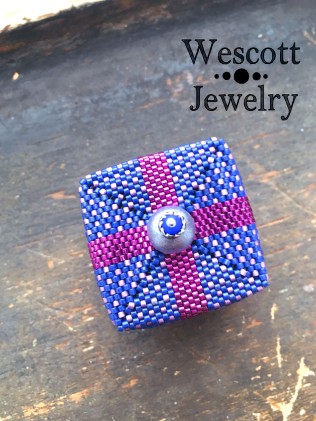 At first, I found the peyote charts to be super intimidating, since I had never worked off one before… But as long as I was paying attention, it turned out to make a lot of sense and I was super impressed with how the design worked up! 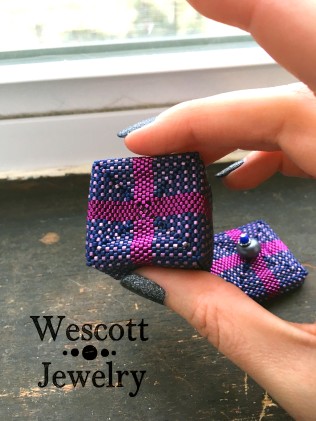 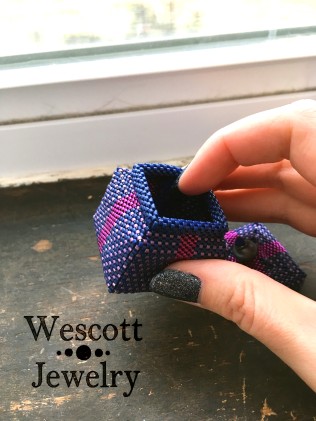 My sister seemed to like it, so I’m happy as can be! I think I might play around more with sculptural peyote in the future. The way these things build up is SO satisfying.

Do you guys have any recommendations for experiments I can play around with using brick stitch or 3-D peyote? I am in the mood to PLAY!

7 Responses to Of Bricks and Boxes